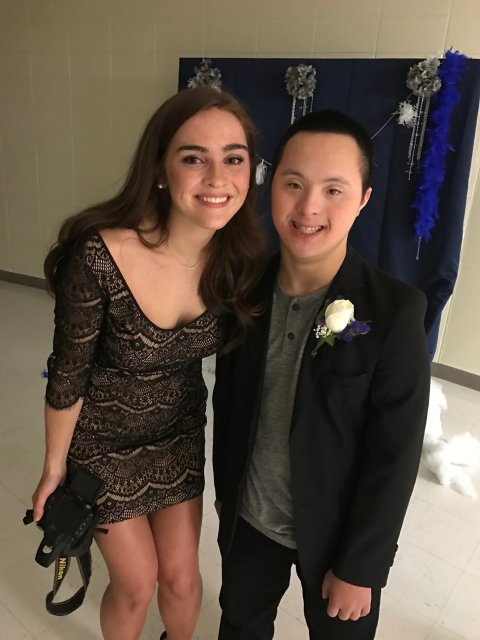 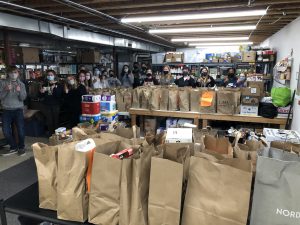 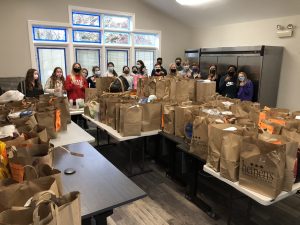 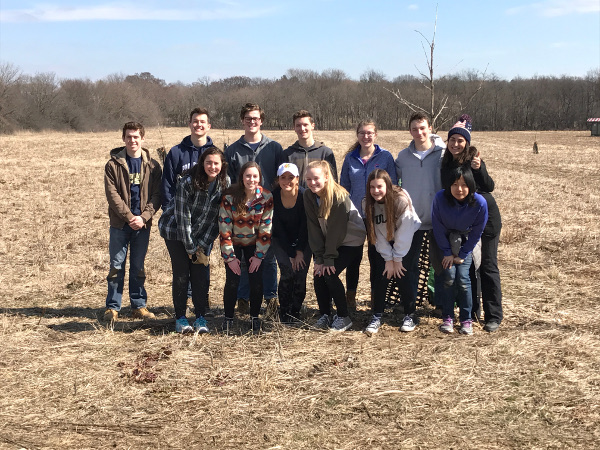 On Sunday March 19th, 2017, the Youth Advisory Council worked with Restoration Technician Chris to cut and burn buckthorn in the Far Field – acreage donated to create an Oak Savannah. 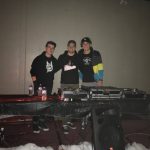 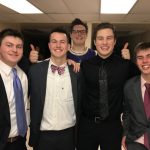 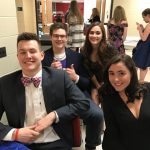 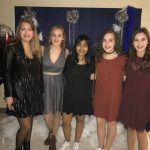 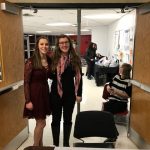 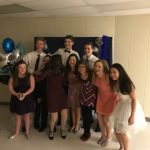 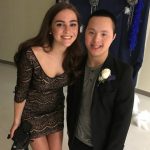 YAC students sold 282 tickets the week prior the dance during their free hours and the night of the dance they sold over 100 tickets at the door making a total of 384 tickets sold 10 students from surrounding schools who attended and supported the YAC Dance.  They also managed to secure sponsorships from the following businesses:

All told over 65 volunteer hours were dedicated to organize, promote and execute the dance.

The student DJ’s from the previous year were invited to return and perform their famous mix of songs. That got the students dancing.

The YAC Club will be donating all the proceeds back to BHS Clubs who have philanthropy as their mission and the remaining funds will be donated to the Barrington Area Community Foundation.

Yacsters collected 308 bags of donated food and over $260 dollars! 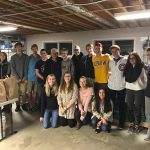 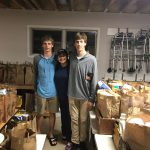 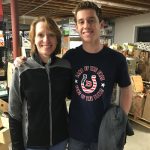 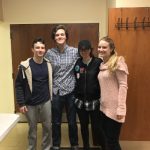 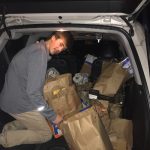 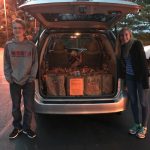 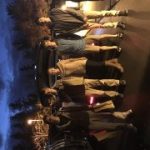 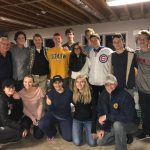 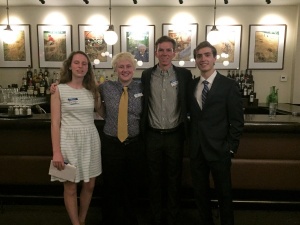 On May 18th we said goodbye to our five graduating seniors: Sabrina Chung (not shown), Kimberly Darch, Lyle Green, Brandon Nye and Thomas Herrmann at Francesca’s Famiglia on May 18th.

We had BACF President George Yapp and guest Dede Zwilling, Jim Fitzgerald, David and Peggy Hirsch and Kay Gillespie in attendance cheering on the YAC students as we heard of the next adventures they will be embarking on and the impact the YAC Club has had on their years at Barrington High School.

Alumnus Markos Sinclair (Class of 2013) stopped by to share his summer plans of serving in a refugee camp in Greece. We always love to hear from our Almuni and hope we can all stay connected . The YAC Club is a very special group of bright talented students who are serving the community and making the world a better place.

On that note-we invite all the members and community to stop by ROCK THE RIDE TENT on July 3rd to meet our own YAC student Jan Gierlich and hear of his adventure to ride across America and raise monies for Cancer Research, ALS and Hospice.

We had 15 students and 3 Chaperones depart Barrington train station at 7:30am and spend the day touring and learning about Non-Profits that are making a difference in Chicago. 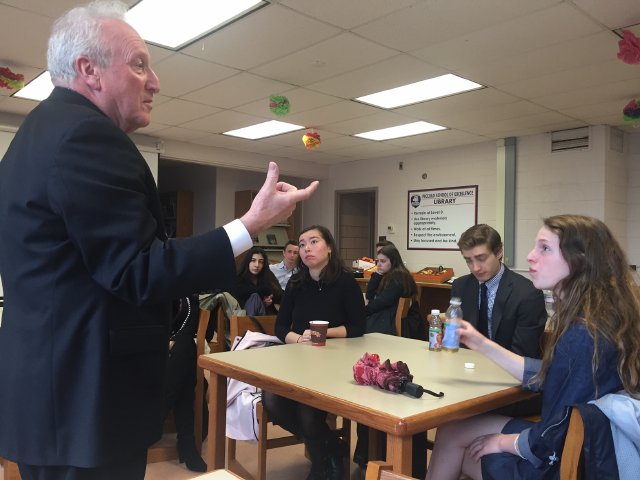 The group met with Dr. Donald Feinstein-Executive, Director of the Academy for Urban School Leadership (AUSL) who spoke about the model for turning around low performing schools.

Michael Abello, Piccolo’s inspiring Principal, shared his story of becoming one of the youngest Principals in Chicago..

We heard from Terese Jackson, a 2nd grade teacher at Piccolo who went thru the AUSL Residency Program and learned the difference between schools and why education is important.

We split into groups and toured classrooms with 8th grade leaders at Piccolo and saw the differences between Barrington High School and Piccolo School of Excellence.

We all left there feeling compassion for the under-privileged and inspired to make changes. 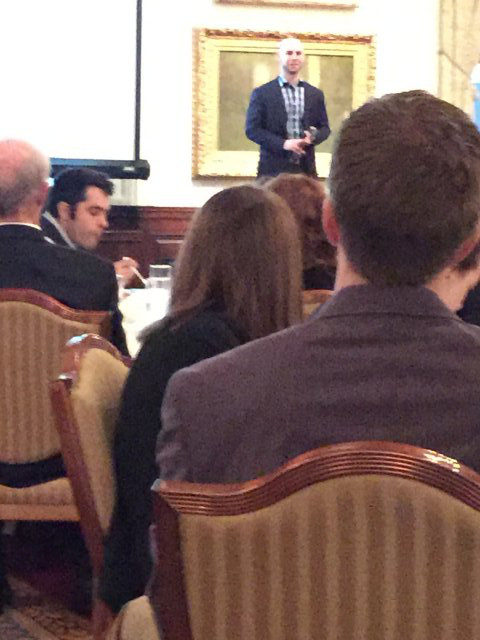 Adam Grant is a 3x NY Times Best-selling Author with his latest book: “Originals” . He spoke about ideas and values that go against the grain, battle conformity and how we can originate new ideas without risking it all.

We also heard from our own David Hirsch and his journey from a financial investor to founder of Illinois Fatherhood Initiative and the tremendous efforts he has given to those fatherless children of Illinois. We all wish David tremendous success with his Honor Ride May 30th – June 19th -bringing awareness to the social issue of families without participating fathers in the home. 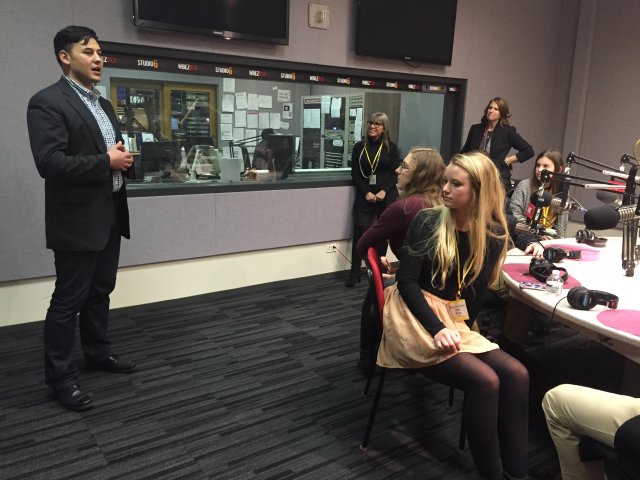 We met with the dynamic Goli Sheikholeslami, WBEZ CEO, who explained the difference between commercial and public radio and her story of success starting from making documentaries in NYC.

The group was given a tour of the news room and recording studio from Ben Calhoun, VP of Programming and Content. We listened to a short clip from his Emmy-Award Winning documentary of a teen shot from Harper High School.

It was a powerful moment to hear from the teen’s best friend describing life in the neighborhood and how they try to stay out of gang violence. 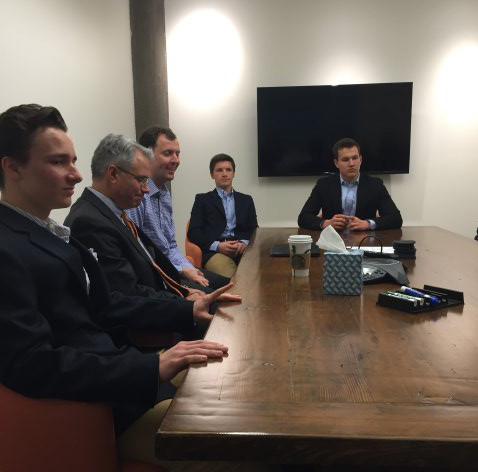 We met with Liam Krehbiel the Founder and CEO. We heard how A Better Chicago uses the investor’s dollars to make significant changes in the Chicago Public Schools and the model they use to raise awareness and make long-term changes. It was particularly impactful for our group to hear Liam’s personal story of growing up in a wealthy community and having a life changing moment in his teens while tutoring in a low-income neighborhood on the East Coast. Liam strongly believes every child deserves a great education, despite the financial circumstances you are born into.

A VERY special THANK YOU goes to Kim Duchossois who provided transportation to all the stops and made arrangements for the meetings and tours.

Also a special THANK YOU to David Hirsch and Chris Mitchell who were our Chaperones for this incredible day.

We truly believe we are making an impact with the YAC students and that the continued exposure we give them at this time in their lives will have a ripple effect for generations to come. 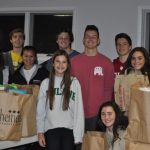 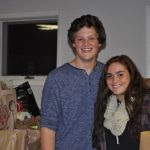 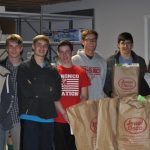